Meet the Startup That Wants to Connect Linux to the Blockchain

The scalability challenge has become one of the biggest debates in the blockchain space. However, very few people recognize that many current blockchain projects are a variation of Bitcoin and Ethereum, neither of which was designed with scalability in mind.

Satoshi Nakamoto deliberately engineered full consensus into the Bitcoin protocol. It creates a vast amount of redundancy when transactions and storage are replicated across the entire network. Vitalik Buterin conceived Ethereum as the next iteration of blockchain beyond cryptocurrencies, one that would allow smart contract programming.

Only once the potential of the technology became apparent, scalability started to become a demand. Developers have attempted to address the scalability challenge through a variety of methods. Layer 1 solutions have seen a slew of new blockchains based on consensus models such as delegated proof-of-stake or solutions such as sharding. Layer 2 solutions like Ethereum’s Plasma or the Bitcoin Lightning Network have also tried to solve the problem with off-chain computations.

It seems that the scalability challenge has occupied so much bandwidth that many developers have put little focus on other critical barriers to adoption, such as usability and connection to the real world.

Programmers need to learn new coding languages to make the leap into blockchain. There’s no easy way for them to transfer their dApps between different blockchains to reach new audiences. There’s no familiar interface for everyday users.

However, there is now a project that claims it is building a usable bridge between the existing blockchain landscape and the real world, solving the scalability challenge to boot. Cartesi is developing a solution that uses a decentralized Linux infrastructure to enable scalable blockchain applications.

Cartesi operates based on the entirely pragmatic principle that achieving full consensus over every computation within all applications is at odds with achieving true scalability. Therefore, it’s a layer 2 solution that enables intensive computations to take place off-chain, in Cartesi nodes. These nodes are general, self-contained Linux systems, running on a deterministic RISC-V architecture.

If there is a dispute over a particular computation, it can be put through the main chain as required. However, undisputed transactions put virtually no load onto the blockchain network whatsoever, which vastly enhances scalability. It means decentralized applications can operate at the same speed and with the same storage capabilities as their decentralized counterparts. 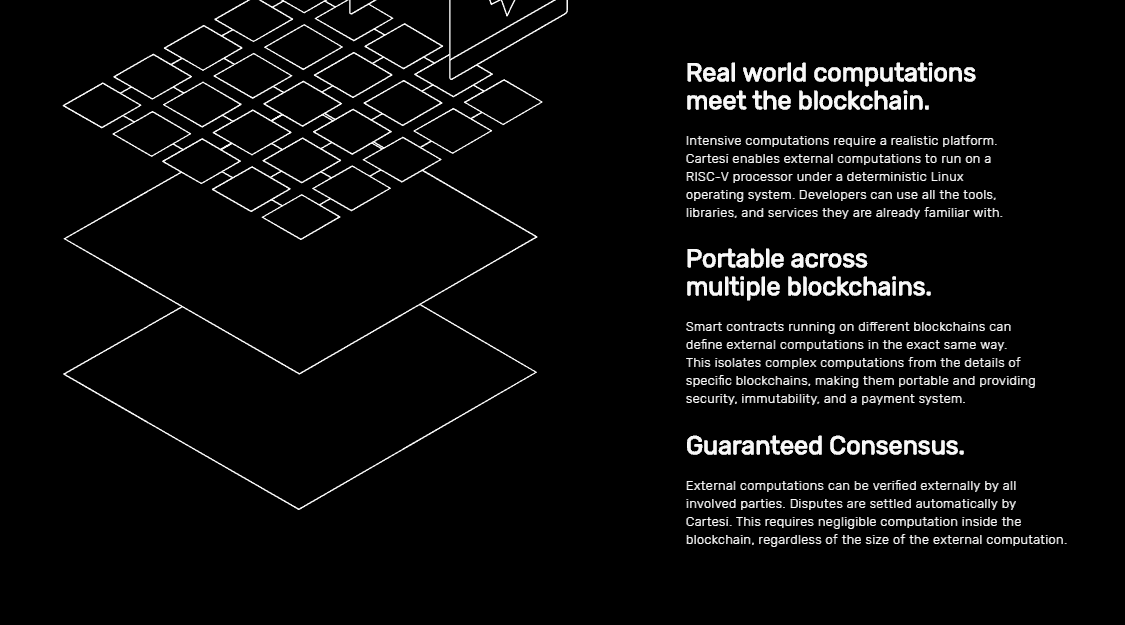 By using Linux as a bridge between blockchain and the real world, Cartesi is bringing exponentially more benefits than pure scalability. Whereas currently, dApp developers have to learn new programming languages, with Linux they can use the languages, tools, libraries, software, and services they already know.

Most programmers come across Linux at some point, meaning that Cartesi is opening up blockchain development to a vast, global pool of programming talent. The company will implement an SDK to help accelerate adoption by developers.

Furthermore, Linux is one of the most used operating systems in the world. Not in its desktop form, where it still falls far behind Windows and MacOS. However, Android surpassed Windows as the operating system with the most users all the way back in 2017. Now, developers everywhere will be able to build complex dApps for Android phones, bringing all the benefits of blockchain to a global audience of around 2.5 billion users. 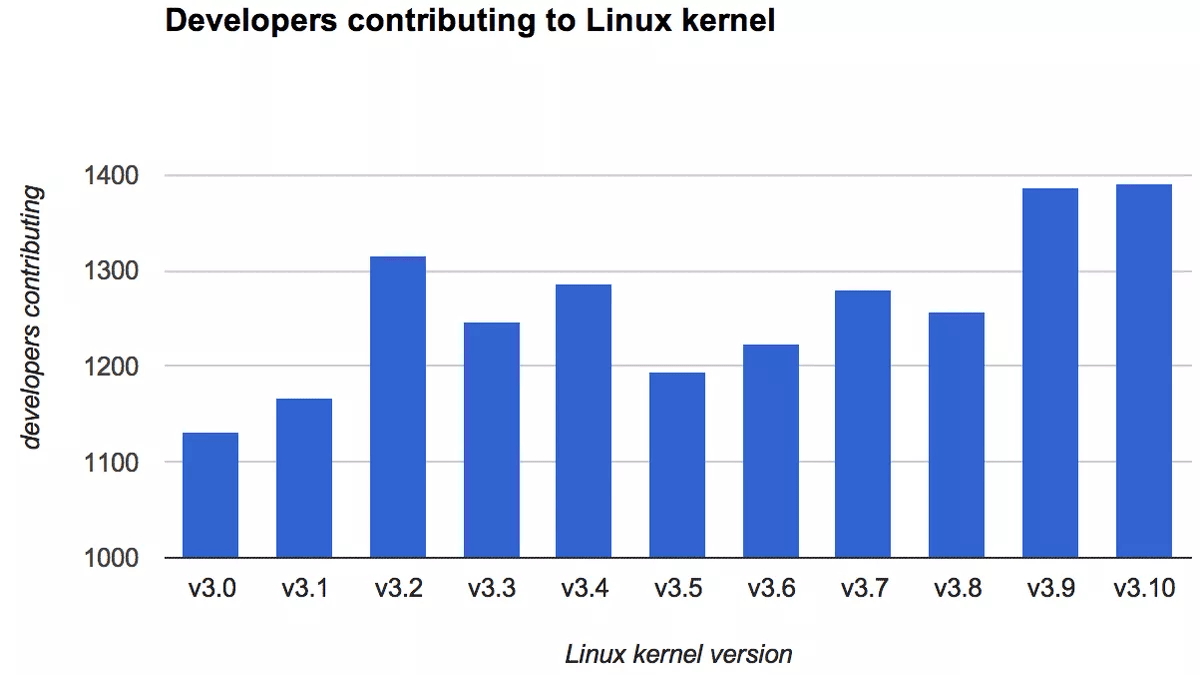 Thinking Outside the Box

The project was founded by Augusto Teixeira, who is now the Chief Scientific Officer. Teixeira is an expert in probability and graph theory, along with game theory. He was introduced to the blockchain space by his colleague Sergei Popov, who is one of the co-founders of IOTA and now also serves as an adviser to Cartesi.

After a change of direction in 2018, the company set the vision of building Cartesi into a decentralized Linux infrastructure for scalable blockchain applications. Since publishing the white paper, the team has developed working prototypes for reproducibility and verifiability of computation. Before the end of the year, the first dApp will launch. In 2020, we can expect to see the SDK and mining launch on the testnet.

Although the scalability challenge is a critical one, perhaps the focus has been excessive, in that it’s created a blinkered approach to the other barriers to blockchain adoption. With blockchain struggling to build a developer pipeline, we need more projects that are addressing these big-picture challenges. By using Linux as a bridge to the real world, perhaps blockchain-based dApps now have a real opportunity to reach the mainstream.

The post Meet the Startup That Wants to Connect Linux to the Blockchain appeared first on NewsBTC.

Thu, 31 Oct 2019 13:41:45 GMT language
View Source
Investing in Cryptocurrency is high risk. CryptAssets does not offer financial advice. You should do your own research before choosing to purchase Bitcoin, Ethereum, or other Altcoins.